From seeds to life - my visit to South Darfur

“Never underestimate the power of planting a seed.”

While looking across fields of abundance and imminent harvest, it is important to remember that they grew from tiny seeds that were planted and nurtured by their planters and rain, and, in South Darfur, protected from destruction to allow them to grow.

Having visited South Darfur together with UN senior officials on 1 August, the importance of the harvest cannot be understated. People’s livelihoods depend on agriculture and livestock production, with the main crops cultivated including sorghum, millet, groundnut, sesame and hibiscus. However, the combined effects of crises from the economic downturn, climate change (including erratic rains last year) and conflict are significantly affecting people’s access to food in Sudan: 22 per cent of the population in the state face food insecurity.

To counter this, the United Nations Food and Agriculture Organization (FAO) received 12 million in funding from the Central Emergency Response Fund (CERF) to support local food production in 14 states across Sudan, including in South Darfur, where 110,000 people are receiving support. This includes quality sorghum seeds to improve household grain production and strengthen resilience around food security and nutrition.

During my visit to South Darfur, I was able to see the distribution of seeds and talk to the communities that had received and planted them. I was also able to see the work being carried out by other UN agencies and humanitarian organizations to reduce the population’s vulnerability to food insecurity.

The community leaders with whom I spoke were very grateful for the seeds and the support they had received – they are expecting a good harvest – but they also uniformly told me that their main need now is for the protection of their crops. They also communicated that they would like even earlier support as well as crop-related equipment and maintenance.

I was particularly pleased to speak to women representatives about the importance of securing crops and their protection, who spoke of the need for training and capacity building for women in professions like agriculture.

A key challenge is tensions between farmers and herders regarding the use of grazing land. They need to share. In previous years - due mainly to climatic reasons - herders have moved earlier in the year from north to south in Darfur, which has caused disruptions to farming. This is why it is so important that Crop Protection Committees function across Darfur, where the different community representatives - including women - can discuss and agree on ways forward that are mutually beneficial to herders and farmers.

One step in the right direction has been the initial demarcation of migratory routes by the authorities in South Darfur, which allows farmers and herders to know where herders’ cattle will be grazed. However, more still needs to be done. Protection is key, especially for women who are exposed to the risk of Sexual and Gender Based Violence when going to their farms.

I was glad to be able to witness the transformational impact of the support provided by UN and humanitarian organizations, and I would like to thank our generous CERF donors for their vital contributions.

The seeds that were given to communities in South Darfur through humanitarian funds have the power to change the lives of tens of thousands, so never underestimate the power of planting a seed. 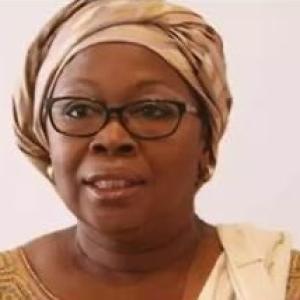