The United Nations in Sudan

UN Humanitarian Agencies, Programmes and Funds work with national and international partners to protect the lives and fundamental wellbeing of civilians affected by conflict and natural disasters.

The African Union - United Nations Hybrid Operation in Darfur, referred to by its acronym UNAMID, was established on 31 July 2007 with the adoption of Security Council resolution 1769. UNAMID has the protection of civilians as its core mandate, but is also tasked with contributing to security for humanitarian assistance, monitoring and verifying implementation of agreements, assisting an inclusive political process, contributing to the promotion of human rights and the rule of law, and monitoring and reporting on the situation along the borders with Chad and the Central African Republic (CAR).

On 29 June 2017 Resolution 2363 (2017) was adopted by the Security Council which, in addition to renewing the mission’s mandate, decided to draw down UNAMID’s troop and police strength over the next year in two phases, while closely monitoring the situation on the ground. UNAMID will ends its activities on 31 December 2020.

The UN Security Council, by its resolution 1990 of 27 June 2011, responded to the urgent situation in Sudan’s Abyei region by establishing the United Nations Interim Security Force for Abyei (UNISFA). The Security Council was deeply concerned by the violence, escalating tensions and population displacement.

The operation has been tasked with monitoring the flashpoint border between north and south and facilitating the delivery of humanitarian aid, and is authorized to use force in protecting civilians and humanitarian workers in Abyei.

UNISFA’s establishment came after the Government of Sudan and the Sudan People’s Liberation Movement (SPLM) reached an agreement in Addis Ababa, Ethiopia, to demilitarize Abyei and let Ethiopian troops to monitor the area.

On 3 June 2020, the UN Security Council adopted resolution 2524 mandating the establishment of the United Nations Integrated Transition Assistance Mission in Sudan (UNITAMS), for an initial period of twelve months. Headquartered in Khartoum and with all-of-Sudan responsibilities, UNITAMS will complement the ongoing work of the United Nations Agencies, Funds and Programmes on the ground and work closely with the Sudanese Transitional Government and people of Sudan in support of the transition.

UNITAMS will assist the transitional government in meeting the political benchmarks of the Constitutional Declaration which sets out a range of critical tasks for the transition period including governance and institutional reform, constituting making and elections. UNITAMS will also support implementation of peace agreements in conflict affected areas, as required; assist in national-led peacebuilding efforts, strengthening of human rights and rule of law institutions, and a scale-up of support to recovery and development to build resilience and mitigate protection risks.

In recognition of the urgent need to address the deep economic crisis in Sudan, UNITAMS will also facilitate international support to economic reform that will help set the country on a path to economic recovery and sustainable development. 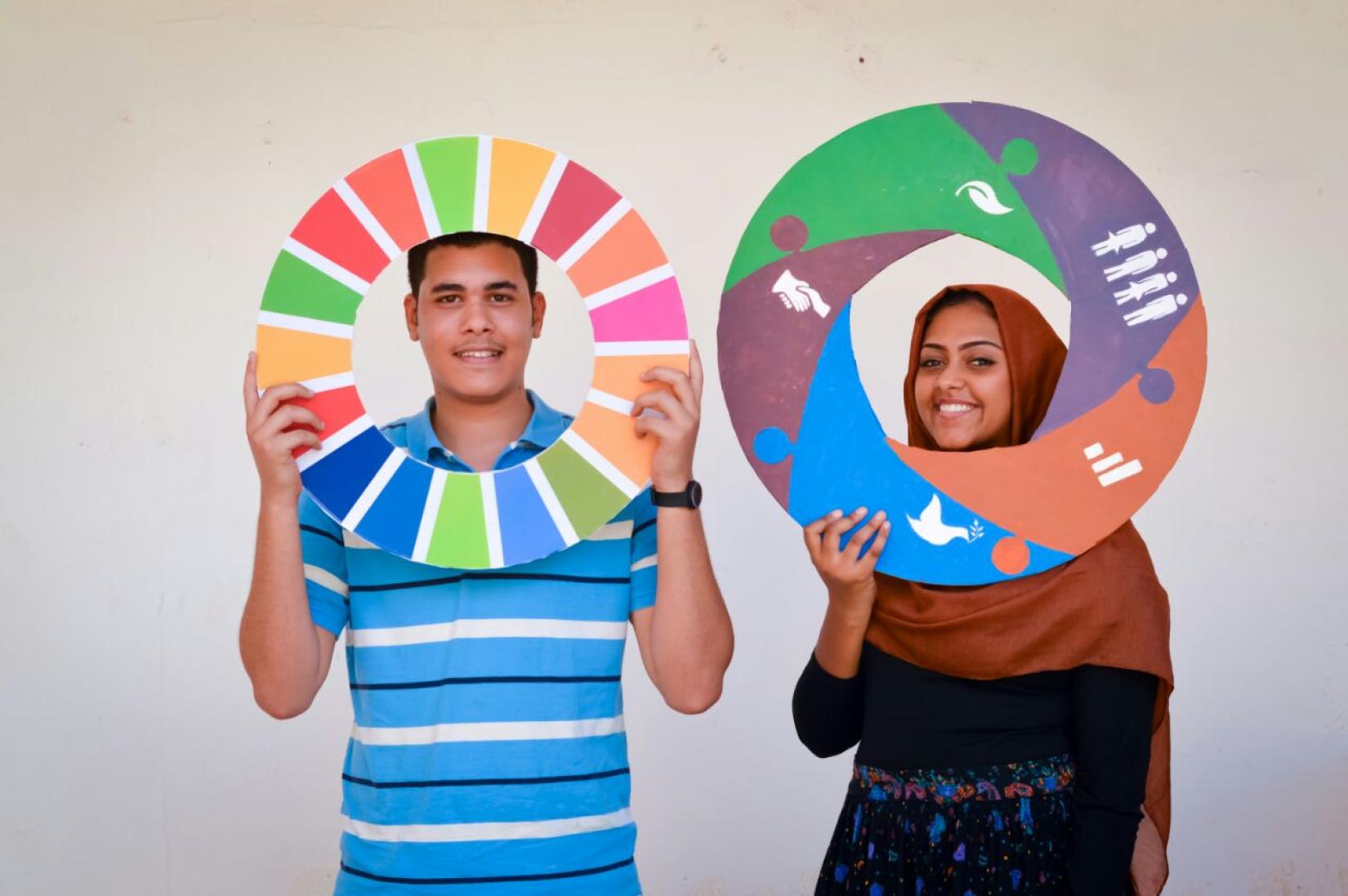 The Sustainable Development Goals in Sudan

The Sustainable Development Goals are a global call to action to end poverty, protect the earth’s environment and climate, and ensure that people everywhere can enjoy peace and prosperity. These are the goals the UN is working on in Sudan: