The Government of Sudan signed a USD 20 million programme with the United Nations Secretary-General’s Peacebuilding Fund, aimed at supporting the transitional authorities

Khartoum – On 18 December, the Government of Sudan signed a USD 20 million programme with the United Nations Secretary-General’s Peacebuilding Fund, aimed at supporting the transitional authorities.

The signature of the peacebuilding package comes pursuant to a request, by the Prime Minister of Sudan, H. E. Abdallah Hamdok on 25 September that Sudan be declared eligible for the Peacebuilding Fund and that first-phase Funding be made immediately available in the three priority areas identified for Darfur, namely Rule of Law; Durable Solutions and Peacebuilding at the Community level.

“Peace is of utmost importance to the transitional government and it is the main indicator for the success of this glorious revolution. We are committed to creating effective partnerships that help in creating an enabling environment for sustainable peace and for the long-awaited stability of Sudan and its people,” the Prime Minister said.

In making the request, the Prime Minister underscored that his first and most immediate priority was to end the war and build a sustainable peace and that, as the UNAMID peacekeeping mission reduced its presence in Darfur, it is of utmost importance that a responsible transition take place.

The Prime Minister outlined his government’s expectation that the Peace Commission would be at the helm of all peacebuilding efforts in Darfur.

On 16 October 2019, the Secretary-General of the United Nations declared the Sudan eligible for support from the fund for a period of five years.

The Secretary General noted that further resources could also be made available to support national peace process as required in accordance with specific needs identified by the Government.

He further invited the Prime Minister to present transition priorities and peacebuilding strategy to the Peacebuilding Commission, an intergovernmental advisory body jointly established by the General Assembly and the Security Council in 2005 to support peace efforts in countries emerging from conflict.

Peacebuilding projects will take place to support the Government of Sudan’s efforts to build peace in Darfur by addressing land issues, the root cause and driver of much of the conflict, and to rebuild the social contract with and between all elements of the population.

The programme package builds on a series of consultations, at the state and locality levels in Darfur, conducted together state-level government and community representatives.

The two-tier consultations took place in May-June and August-September 2019 with participation of the Darfur Governors’ offices, as well as key line ministries. Representatives from the Darfur Land Commission, the Humanitarian Aid Commission, the Voluntary Return and Reintegration Commission (VRRC) and the Peace and Research Centres besides representatives from local communities, youth and women’s groups, IDPs and nomadic groups had also took part in the consultations.

The United Nations Resident and Humanitarian Coordinator in Sudan, Ms. Gwi-Yeop Son stated that “development of the five projects has been fully coordinated and aligned with state government plans. State governments co-hosted the stakeholder consultations which identified the geographic location for programmes and determined where the fund could be fully spent in averting conflict.” 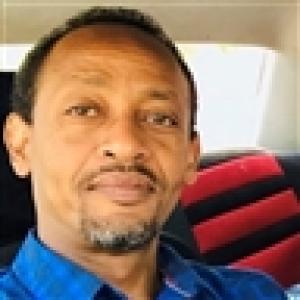