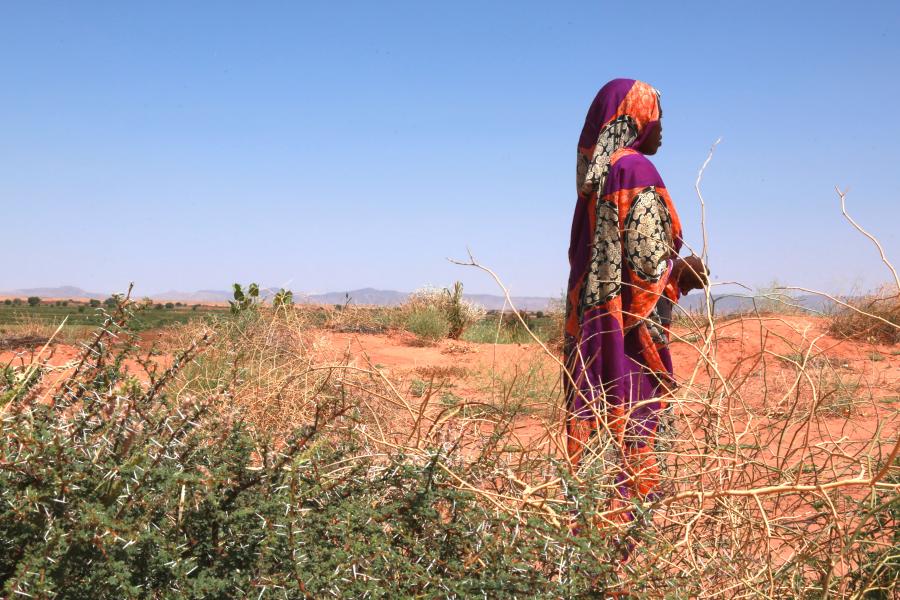 Participation of project beneficiaries, often women and farmers – in this case, both – is essential to diagnosing the lived challenges climate change poses to ever-increasing arid areas, such as North Darfur.
Photo | Photo credits: UNEP

Harvesting has been a true hardship for Aisha Musa Ismail, known informally as Um Ayman, a mother of nine and a farmer living in the Shagra village in North Darfur, which lies within the vicinity of the valley of Wadi El Ku. “A woman will do anything for her children” said Um Ayman, who could not farm for years due to seasonal water near her village being drained away by erosion. Um Ayman, who besides farming is also the head of the Women’s Development Association in her village, had become tired of the daily disappointment caused by dry land and crop failure.

North Darfur state has an extensive history of recurring droughts, severe food shortages and haphazard water management. These have affected the livelihoods of rural populations, thus testing coping mechanisms and sometimes pushing them into migration as a last resort. Since July 2013, the UN, through UN Environment, has devised a response to this and other water-related problems in collaboration with partners to build the resilience of vulnerable rural populations by promoting community-based collaborative mechanisms.

In the year 2017, the Wadi El Ku Catchment Forum was formalized, bringing together up to 50 representatives from 34 villages surrounding the valley. The forum consists of men and women from native administrations, academic institutions, the local forest cooperation, farmers and pastoralist unions, women’s and youth groups. This forum made a pivotal contribution in the manner 81,000 inhabitants of the Wadi El Ku deal with climate change. It changed the way residents view water management particularly by understanding that only through collective action one can ensure individual benefit. Before the forum, a disconnection prevailed within communities themselves and with their local authorities. The forum has brought together not only both communities and local authorities, but also academics and technical experts who work collectively to come up with means to adapt to the changing climatic conditions and to ensure a more equitable use of the available water.

One of the solutions born out of this community-based collaboration was the building of three water weirs and the rehabilitation of two hafirs. A weir is a low water-spreading structure across a part of the horizontal width of a river. The purpose of the structure is to alter the water’s flow characteristics so it better infiltrates the soils behind the weirs. These water weirs, which make best use of rainfall by slowing and spreading water across a wide area, enable farmers to benefit from increased crop production. Due in part to the forum’s collective action, water has become more available, bringing newfound optimism to many local farmers such as Um Ayman.

“Before the weir, it was dry like a desert around here, and now look at how green this desert has become” Um Ayman gladly admits after a long struggle to reap the fruits of her harvest, which was almost impossible given the reoccurring droughts hitting the area.

“Now that people are not as apprehensive about water, there is harmony between the villages. Having water for irrigation is also a relief for women, as it means food security for the family and income through sales in the market” says Um Ayman.

The weirs – built as part of UN Environment’s Wadi El Ku Catchment Management Project, implemented together with Practical Action and funded by the European Union, irrigate about 9,500 feddans benefiting about 4,250 farming households. Amongst those farmers, 86 percent have reported increased crop production as a result. 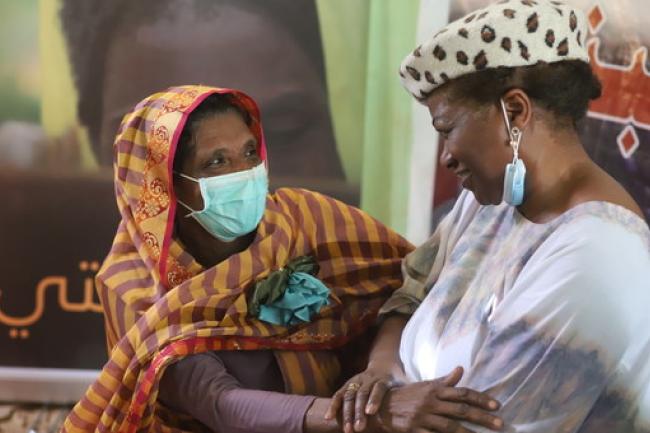 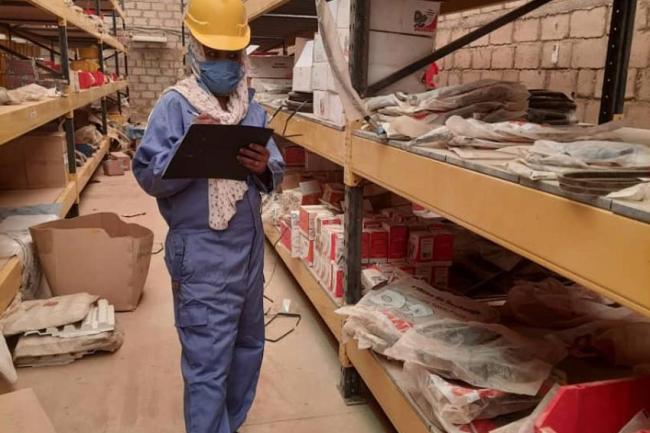 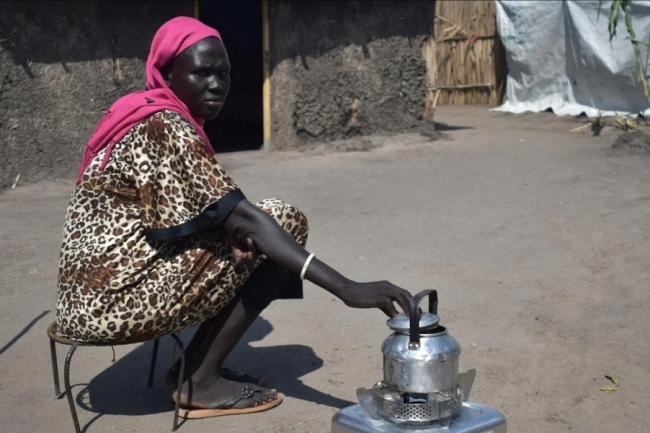