Growing demand and climate change make water among the most pressing challenges the world faces in the 21st century. Sudan is no exception. Climate change is hitting the country hard. As an example, rainfall in El Fasher in North Darfur declined by half over the last decade and the area viable for non-irrigated agriculture is expected to move 100km southwards in the states of North Darfur, North Kordofan, and Kassala.

The project notably helped triple agricultural productivity in millet and sorghum. When asked, 7 out of 10 people said that their income had increased, which they attributed to the project. “Many parts of Sudan are facing climate-related challenges and we need to replicate such projects in other parts of Sudan,” said H.E. Dr. Osman Mohamed Youssif Kibir, Vice President of Sudan.

“Wadi El Ku – Phase 1 was very successful: three dams and one hafir have been constructed, allowing 1,584 households from 54 villages to cultivate also during part of the dry season. The improved livelihood, the potential for reforestation are a big success and UN Environment and Practical Action, as well as the local authorities and villagers involved should be commended for this achievement,” said H.E. Ambassador Jean-Michel Dumond, Head of Delegation, European Union in Sudan.

The new phase will more than triple the area covered by the project, expanding to all communities upstream and downstream of the Wadi El Ku catchment. Consequently, this will be a demonstration project for uptake and replication in Darfur and Sudan in the future. It will also contribute to the overall objective of establishing climate-resilient livelihoods and reducing natural resource conflicts and displacement due to loss of livelihoods in North Darfur.

“Building on a successful first phase, the purpose of this project is to continue to demonstrate how this harmful cycle can be halted and eventually reversed while at the same time rebuilding relationships over natural resources,” said Mr. Atila Uras, UN Environment Country Programme Manager for Sudan.

The second phase of the project will demonstrate interventions that enhance agricultural productivity, improve natural resource management, and strengthen cooperation over natural resources at the community level. With this expansion, our intervention will directly support over 80,000 farming families and provide benefits to around 700,000 people living near the wadi or depending on its water for their livelihoods.

On 26 November, in Kafod, North Darfur, amid the environmental degradation and conflict that have faced Wadi El Ku’s people, two thousand people including Sudanese dignitaries and representatives of the international community celebrated the launch of the second phase of the Wadi El Ku Catchment Management Project, a four-year commitment funded by the European Union.

The project is implemented by UN Environment in partnership with the government of Sudan, the state government of North Darfur, local-based civil society organizations and local communities. The combined strengths, contributions, and commitment of these partners will continue to ensure positive change and serve as a model for how partnerships can strengthen livelihoods, protect the environment, and contribute to peace in Darfur and Sudan.

Media Contacts
Author
Mr Atila Uras
UN Environment
Country Programme Manager
atila.uras@unep.org
Atila Uras is UN Environment’s Sudan Country Programme Manager with more than 20 years of experience on environmental governance, sustainable development, climate change adaptation, integrated coastal zone management and nature conservation and the civil society/government/private sector relations at national and international levels. After working with the NGOs like WWF, he joined UN in 2006 as a Project Manager at UNDP Turkey. He worked as Governance Officer in UNEP/MAP Secretariat in Athens, and as the Assistant Resident Representative (Programme) of UNDP Turkey in until 2017, before moving back to UNEP in Sudan. Atila studied Civil Engineering and holds a Master’s degree on coastal engineering and coastal zone management. 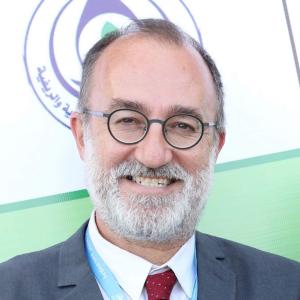